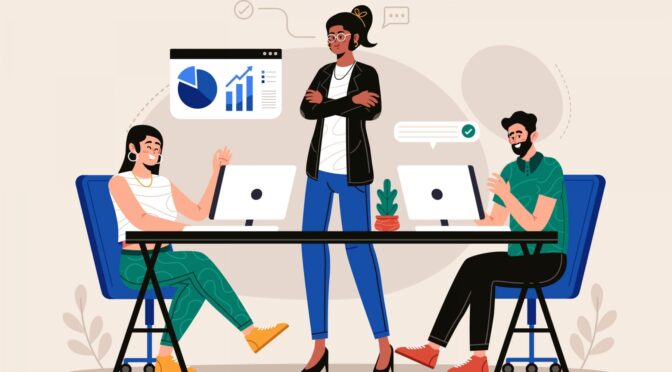 Desculpe-nos, mas este texto está apenas disponível em Inglês Americano y Espanhol Europeu. For the sake of viewer convenience, the content is shown below in this site default language. You may click one of the links to switch the site language to another available language.

This psychometric test is frequently used in personnel selection processes. The test is aimed at those recruitments where the vacancy to be filled requires good performance in leadership and decision-making roles.

The Moss Test is transcendental for attracting good leaders who promote the proper functioning of companies.

Leadership is defined as the ability to influence others to achieve a common goal. The exercise of leadership generates voluntary ascendancy in the teams. The objectives are formulated and planned; their achievement is of common benefit and satisfies the needs of the team and the organization.

The test is credited to Rudolf and Berenice Moss in 1979; both specialists are from Stanford University. The test arises to try to satisfy the progressive requirement and the need to recruit suitable personnel for supervisory and managerial management.

This test was adapted for Latin America in 1989.

The leadership tests are aimed to support the staff of the recruitment and selection process by identifying their skills to lead, plan, direct and interact with their subordinates.

In general, these tests are designed to measure different defined factors. Modern factors such as emotional intelligence, self-confidence, and vision of the future have been added.

A common mistake some recruiting and selection managers make is hiring based on skills that are relevant to the job.

A company selecting a team leader for its computer application developers is tempted to narrow its search to candidates with extensive programming experience using a specific computer language.

In reality, you should be looking for signs that the applicant will be a good leader of the existing staff, rather than looking for the candidate who outperforms the rest of the team in terms of coding experience.

The so-called soft skills, such as communication, goal setting, and the ability to delegate effectively, are vital to a manager’s success and can often be far more important than job-specific skills.

It is generally accepted that the success or failure of an organization depends on a large scape of leadership. By applying the Moss test, the human resources personnel in charge of the personnel selection process will be able to identify which applicants are the most competent to fill supervisory and conflict management vacancies.

Application of the Moss test

The test contains 30 questions or situations to be answered or resolved between 15 and 20 minutes. Each question has four possible answers, and the applicant must select one. The test is feasible to be carried out individually in a collective way.

The Moss test measures the subject’s behavior in circumstances that require control and supervision of subordinates. This test measures and evaluates:

• The subject’s ability to exercise supervisory functions (interaction with others, who knows how to lead through their influence and power, skills to define and achieve goals and objectives, ability to control and direct the work team).

• Decision making and human relations (ability to make decisions on the assignment of activities and tasks, methodology for achieving objectives, team problem-solving in terms of quality factors).

• Ease of establishing interpersonal relationships (attractiveness to pose problems on the supervisees, ability to advise).

• Common sense and rapport in interpersonal relationships (generate confidence in subordinates to identify problems, harmony, and emotional and psychological compatibility).

The test results will help determine which candidate has the best leadership skills, decision-making, and the ability to establish good interpersonal relationships.

The precision of the Moss test

For many specialists, this test is considered one of the best for selecting supervisory and managerial personnel since it allows the prediction of future behaviors and achievements.

However, some specialists recommend that organizations reinforce the test with other psychometric ones to guarantee the appropriate selection.

Organizational success requires the selection of efficient and productive leaders. Hiring the right leaders is one of the most important decisions that a company can make.

Good leaders attract other talents, usually the best. They improve the productivity of their subordinates, help improve business performance and contribute to an organizational culture that is geared towards stable and lasting success.

There is a significant difference between a talented and highly skilled team and a team that knows how to win. Good leaders perceive what it takes to be successful.

The difference between success and failure is good leadership. Good leaders seek and find ways to be successful, evolve their approaches, and have the resilience to overcome adversity. In addition, they are an inexhaustible source of inspiration for their subordinates.

The best fit for your company’s leadership team might already be employed by another organization. Hence the importance of making your company a prestigious organization to attract the best talent.

To conclude, we can say that the selection of good leaders is vital for business organizations. The Moss test helps the management of human talent development in the recruitment and selection process, especially to determine which candidates are the most suitable for a supervisory or managerial position according to their skills and leadership competencies.

Similarly, the Moss test has the quality of harmoniously combining the ability of a leader to organize and assign activities and tasks with those of a Manager to maintain a proper relationship between his subordinates.

Finally, the Moss test is valid and accurate for many specialists, who consider it one of the best tests for selecting supervisory and managerial personnel; plus, it allows predicting future behaviors and achievements.